How Can A Regular Pap-Smear Protect Women? 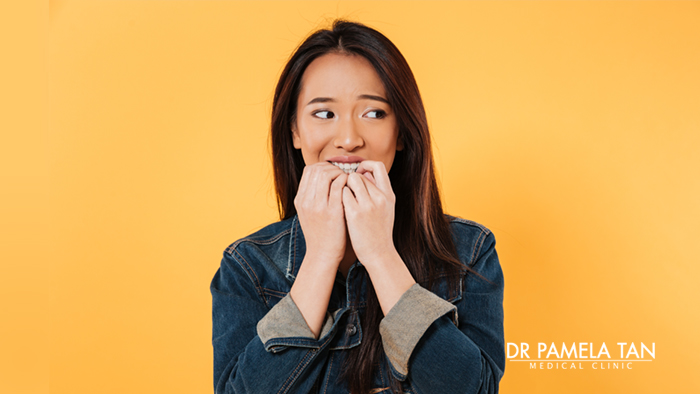 Did you know that cervical cancer is a preventable and curable disease when detected and treated early through regular screening? However, it remains among the top 10 cancers affecting Singapore women, with about 190 cases diagnosed every year. If you want to reduce your risk, a Pap smear is one of the tests a woman can take. Here are a dozen facts to help you get started!

A Pap (Papanicolau) smear, also called a Pap test, is a cervical cancer screening test which can find abnormal pre-cancer cells in the neck of the womb (cervix) that may lead to cancer if they are not treated. It cannot be used to detect other kinds of cancer, but it can also show conditions such as infections or inflammation that are not malignant. This test helps the health care provider determine if you need additional evaluation and follow-up.

Available evidence supports the conclusion that cervical screening offers protective benefits and can help reduce the incidence of invasive cervical cancer and deaths from cervical cancer.

Doctors recommend that women who are sexually active should start having Pap tests from age 21. This is repeated until the age of 65 if there are no abnormalities. The effectiveness of screening is dependent on age. Annual screening in a woman aged 20 to 39 years old confers only 76% protection compared to 87% in a woman aged 55 to 69 years. Fortunately, cervical pre-cancer changes are slowly progressive hence majority of pre-cancer changes can still be detected with an imperfect screening test. The pap test should be repeated no later than 3 years from the previous one.

One would need frequent testing if:

3.   Women Who No Longer Need Testing

It is recommended by doctors that for two days before your test, you should avoid:

It is also advised that you schedule your Pap test at a time when you are not having your menstrual period.

During the procedure, you will lie on an examination couch with your feet in stirrups. A small instrument, called a speculum is inserted into the vagina to hold the vaginal walls apart so the doctor can properly visualize your cervix. The cells found on the tiny opening of the cervix are gently wiped with a soft brush then placed on a glass slide or in preservative solution for testing.

The procedure should not be painful, but it may create some degree of discomfort. It will take no more than 5 minutes to finish.

It usually takes around one week to get Pap test results. Most tests come in normal. However, for abnormal findings, the doctor or nurse will contact you and suggest performing more tests.

A normal Pap test results means that abnormal cells have not been detected in the sample that was obtained from your cervix. It also implies that it is not likely that cervical cancer is present. Even though it has earned a good reputation in detecting disease, it not 100% accurate. Cervical cells also change on a regular basis. Therefore, it is important that you take your next Pap test when it is due. Occasionally the report will say negative for malignant (cancer) cells but might commonly include other terms. Atrophic changes are cell changes due to thinning of the cervical lining after menopause. Reactive changes or inflammation may indicate an infection. The report may also indicate the causative organism like fungi (e.g. Candida) or a shift in bacterial flora (e.g. Bacterial vaginosis).

Also called ASC-US (Atypical squamous cells of undetermined significance), this result means that your cells don’t look normal, but they also do not look abnormal, either. The changes are almost always a sign of a HPV (Human Papilloma Virus) infection. ASC-US is the most common abnormal Pap test result. The doctor may want to schedule a repeat pap test in the future or offer a HPV test to triage patients at higher risk and who would benefit from immediate detailed evaluation.

Abnormal results may also be interpreted that cell changes caused by HPV (Human Papilloma Virus) are present. These changes can be mild, moderate indicating pre-cancerous change or severe even indicating a possible cancer. The terms below are often seen in an abnormal pap report.

Low-grade squamous intraepithelial lesion (LSIL) means that the cervical cells show changes that are mildly abnormal. LSIL usually is caused by a transient HPV infection that often goes away on its own.

High-grade squamous intraepithelial lesion (HSIL) suggests serious changes in the cervix and is more likely than LSIL to be associated with precancer and cancer.

Atypical squamous cells, cannot exclude HSIL (ASC-H) means that changes in the cervical cells have been found that raise concern for the presence of HSIL.

8.   What testing is needed after an abnormal result?

The next step will likely be a colposcopy, a procedure where the doctor uses a magnifying equipment (colposcope) to inspect the cervix. The use of certain chemical solutions to stain the cervix can help differentiate the normal areas from abnormal ones. A biopsy which involves the removal of a small piece of tissue for analysis may also be done during a colposcopy procedure if an area of abnormality is suspected. It is sent to a lab for testing to determine whether cervical cancer or pre-cancer (CIN) is present and assists in grading the pre-cancer.

If the biopsy analysis from the affected area of the cervix shows abnormalities, treatment may be needed based on the severity of condition, woman’s age, pregnancy status, and future fertility concerns. Treatment options include:

Cervical Cancer has gone down to the 10th spot in the most common cancers in Singapore females. Data shows that there has been a decline in the total number of cases over the years. This is linked to the fact that more Singaporean women are going for a Pap smear screening which has been widely available since it was first introduced in Singapore in 1964.

The initial stages of cervical cancer are usually without any symptoms. Imagine the extent of the damage it can create should you leave it undetected. Deaths still occur among women because of cervical cancer, underscoring the need for continuous outreach to women to get themselves screened regularly. In the developing world where there is no cervical cancer screening, cervical cancer usually nabs the first or second spot as the commonly occurring cancer.

With Pap smears, you can detect early changes in the cervical cells. This means that the cells can be removed early even before they have a chance to develop into cervical cancer, making this test a potential lifesaver.

12.Places to Get Screened

There are several places where you can get a Pap Smear. In Singapore, you can go to the following:

If you have not had your Pap smear done, you may visit Dr. Pamela Tan in Singapore. She firmly believes that every woman’s Pap Smear experience should be a good one. Follow up and appropriate management of pap smear abnormalities by an accredited professional is crucial in cancer prevention. Set your appointment with us today, here, and don’t give cervical cancer a chance!