What Is Putting Women At Risk for Endometrial Cancer? 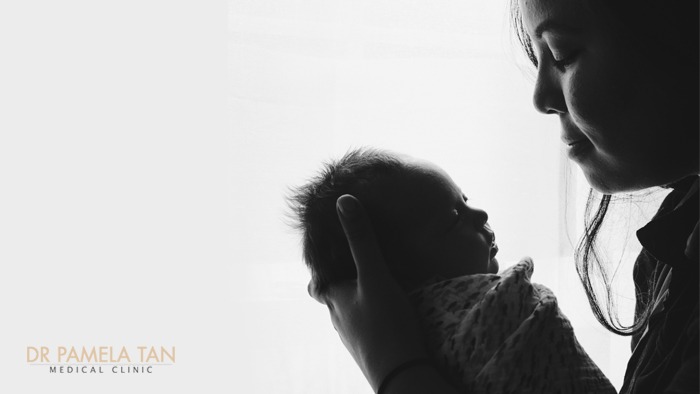 Endometrial cancer is the 6th most common malignancy that plague women around the world, and the 4th most common in Singapore. A recent study showed that Singapore is among those countries where incidence rates and risks have increased over time.
Like any health risk, women must take this seriously even before it starts to do serious damage because early action results in a better chance of survival.
Being aware of the risk factors that predispose you to endometrial cancer allows you to make pre-emptive efforts. Having the knowledge allows you to be more aware of what to discuss with your doctor, and it will also help you make informed lifestyle and healthcare choices.
Below are basic information on the different risk factors which will be important points for discussion that you can flesh out later on with your doctor:

Abnormal genetic copy that reduces the body’s ability to repair DNA damage or regulate cell growth, resulting in a high risk of endometrial cancer, as well as colon cancer.

Never Having Been Pregnant

Nulliparity, or not having been pregnant, increases the risk for endometrial cancer. Pregnancy shifts hormones to produce more progesterone than estrogen. So, each pregnancy will give you a bit more protection from the disease by giving your body a short break from the hormone.

Endometrial hyperplasia occurs when the endometrium (the lining of the uterus) becomes abnormally thickened. This usually happens when ovulation occurs infrequently eg in polycystic ovulation syndrome, causing the lining to build up and stop shedding. The cells that make up the lining stack up make it too thick.

However, not all types of hyperplasia predispose you to endometrial cancer. Mild or simple cases have a very small risk of becoming malignant. However, complex hyperplasia with atypia will show precancerous changes to the uterine lining upon biopsy. If not treated, it has a risk of becoming cancerous in up to 29% of the cases. Because of this high risk, surgery to remove the uterus (hysterectomy) is advised and often it can be done in a keyhole manner.

Obesity is a state that breeds several health problems, like cardiovascular diseases and type-2 diabetes. It is also a known risk factor for a variety of cancers, and one that is strongly associated with it is endometrial cancer. Research claims that half of the cases of endometrial cancers are attributable to obesity.

High-fat stores increase the activity of a certain enzyme to convert androgen to estrogen which consequently thickens the endometrial tissue. Furthermore, obesity also places your body in a chronic state of systemic inflammation, creating certain molecular links to endometrial cancer. Together, estrogen metabolites and inflammation further contribute to DNA damage and genetic instability creating a conducive environment for tumor growth.

Achieving and maintaining a healthy body weight through diet and exercise is recognised as the ideal solution to endometrial cancer prevention. Recreational and moderate activity can help lower your endometrial cancer risk. Targeting hormonal imbalances also reduces the lifetime risk of endometrial cancer, but you should discuss this closely with your OB-GYN so you can adopt appropriate measures.

A lot of the jobs in Singapore involve desk work that goes on for hours. You may lead a busy life all day, and yet still be sedentary. But one study serves as a wake-up call as it reveals that highly sedentary lifestyles create a significantly higher risk for three types of cancer – colon, lung, and endometrial.

It was also revealed that TV viewing time has the strongest relationship with colon and endometrial cancer. Aside from predisposing you to inactivity, it is possible that TV watching is often associated with junk foods and sweetened beverages.

Exercise and limiting the time spent being sedentary has always been reiterated by health professionals. Not only are these measures important for health promotion, but also for disease prevention.

A better understanding of the impact of diabetes on tumor formation helps physicians determine which patients are at risk for endometrial cancer, and who would benefit from lifestyle modification measures, screening, and chemoprevention.

PCOS and endometrial cancer are linked by two mechanisms. If you stop ovulating, you no longer produce progesterone, which is a hormone responsible for cleaning up the uterine lining every month with the menses.
In the absence of ovulation, estrogen is produced causing the endometrium to continue to thicken. Since progesterone is no longer produced, there is nothing that can signal the endometrium to stop growing. Over time, you will start to experience irregular bleeding as the endometrium undergo cell changes which ultimately increases your risk of endometrial cancer.
The second mechanism involves insulin, which is a hormone that triggers cell proliferation. Some women with PCOS also experience insulin-resistance, which results in increased insulin levels in circulation. Elevated insulin levels continue to stimulate cells that line the uterine cavity thereby increasing the risk of developing endometrial cancer.

Evidence shows that women who work night shifts have a higher risk of breast and endometrial cancer. Losing nighttime sleep reduces the levels of melatonin which is a sleep hormone which contains properties that halt the spread of cancer. Experts claim that this is also vital for keeping ovaries working and producing eggs. However, carrying on long-term night shifts affects sex hormone levels which may lead to early menopause and endometrial carcinoma.

The chance of developing endometrial cancer increases with age. Most women diagnosed with this disease are between the ages of 50-70 and are postmenopausal.

Chronic Use of Tamoxifen Treatment for Breast Cancer

The usual drug used to prevent and treat breast cancer acts as an anti-estrogen in breast tissues. But, it poses estrogen-like effects to the uterus. If you have gone through menopause, it can cause endometrial proliferation and endometrial hyperplasia, increasing your risk of endometrial cancer. This risk increases by two-fold in patients who are under extended therapy and the risk is increased up to 5 years after stopping treatment.

While it has been considered an effective treatment against breast cancer, women must also consider the risk against the benefits. This is a matter you should discuss with your breast doctor. You will most likely be advised to undergo yearly gynaecologic exams. Any abnormal bleeding, staining, or spotting must be promptly reported and immediately investigated as this could be a symptom of endometrial cancer.

While the factors listed above all increase a woman’s risk for endometrial cancer, oral contraceptive pills (OCPs) do the opposite. The risk is lower in women who are on the pill, but the protection extends for at least 10 years after a woman stops taking oral birth control pills. However, you should not solely rely on OCPs for protection, rather you must balance the benefits from the potential drawbacks associated with prolonged use. Discuss this with your doctor so you can be properly advised.

If you are predisposed to some of the factors mentioned above, it is best that you bring this concern to your doctor as soon as possible. Early detection is key with endometrial cancer because when detected and treated early, there is a good chance of getting a good prognosis.

Book your consultation today if you are experiencing the followings symptoms :irregular periods, bleeding between periods, prolonged or heavy menstrual bleeding or post menopausal bleeding as these symptoms may be the first sign of endometrial hyperplasia or cancer.