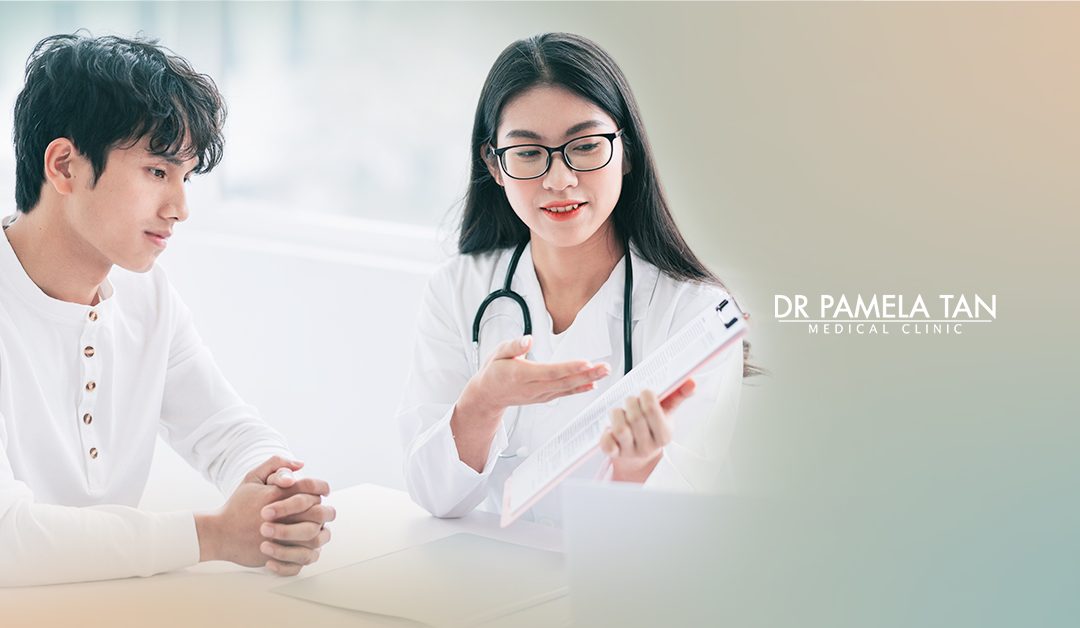 When you’re faced with difficulties conceiving, a fertility check is the next logical step for couples. This process will involve a battery of tests for you and your partner. In this blog, we will highlight a particular test called a semen analysis, a lab test that evaluates sperm count, morphology, motility and more.

Read on to learn more about the test, what parameters are measured, the normal values to expect, and how to boost sperm count.

A Review of Anatomy

The male reproductive system comprises a group of organs including a pair of testes, a network of excretory ducts, ejaculatory ducts, seminal vesicles, bulbourethral glands, the prostate, and the penis.

These organs aim to produce, maintain, and transport sperm, the male reproductive cells, and semen, the protective fluid around sperm cells. Further, these produce and secrete male sex hormones as well as discharge sperm into the female reproductive tract.

Sperm and semen are often used interchangeably but they’re not the same. Semen is the thick fluid made of water, plasma and mucus that is released from the penis during ejaculation. It contains sperm, which carries genetic material that is crucial for reproduction.

For couples to get a good chance of conceiving every month, men must have a healthy number of sperm cells. Conversely, the fewer sperm cells there are, the lower the chances of getting a woman pregnant. Infertility is a rising problem worldwide. In Singapore alone, doctors saw a fivefold increase in male infertility cases, from 10 new cases in 2015 to 50 in 2018. In a fertility centre in Singapore, there has been a 72-percent increase in male infertility cases from 2015 to 2017. In 2017, the clinic saw nearly 400 male patients, wherein 80 percent showed low sperm count or poor sperm quality.

What factors contribute to a low sperm count?

A low sperm count, also called oligospermia, is characterised by having fewer than 15 million sperm in 1 millilitre of semen. Meanwhile, a complete absence of sperm is called azoospermia.

Having a low sperm count is a substantial factor in infertility. It decreases the odds that one of your sperm cells will fertilise your partner’s egg to result in pregnancy.

Certain factors may put you at risk for oligospermia – medical, genetic, environmental, and lifestyle.

·   Infection – Some infections may impair sperm production or sperm cell health. In some cases, the infection may also lead to a blockage in the passage of sperm. These infections may target the epididymis or the testicles. Sexually transmitted infections (STIs), such as gonorrhoea, may also cause low sperm count.

·   Varicocele – A varicocele is an enlargement of the veins in the scrotum, which drain the testicles. This condition may cause a reduced quality of sperm cells, but it is reversible and treatable.

·   Autoimmune Disease – The body’s immune system may produce antibodies that attack sperm. It mistakenly identifies sperm as harmful agents and attempts to kill them.

·   Problems with ejaculation – Ejaculation problems can also cause low sperm count. For instance, retrograde ejaculation happens when the semen enters the bladder instead of emerging out of the penile tip. Underlying health conditions such as spinal injury, diabetes, and surgery of the prostate, bladder, or urethra. Medications may also cause the lack of ejaculation, including anti-hypertensive drugs alpha-blockers, also called Alpha-adrenoreceptor antagonists.

·   Tubular transport system problems – Problems or defects in the tubules that transport sperm can cause low sperm count. These tubes can be blocked due to various factors, such as surgical injury, previous infections, abnormal development, and trauma.

·   Undescended testicles – During fetal development in the womb, one or both testicles may not descend properly from the abdomen into the scrotum, the sac that contains the testicles.

·   Inherited disorders – Chromosomal defects such as Klinefelter’s syndrome, a condition wherein a male is born with two X chromosomes and one Y chromosome, instead of one X and Y chromosome, can cause developmental problems in the male reproductive tract. Other inherited conditions that may impair sperm production and transport include Kallman’s syndrome, cystic fibrosis, and Kartagener’s syndrome.

·   Heavy drug and alcohol use

·   Use of anabolic steroids, which are taken to increase muscle mass

·   Use of opioids and other illicit drugs

·   Jobs requiring too much sitting

·   Exposure to lead and other heavy metals

·   Exposure to X-rays and radiation at high doses

·   Long-term exposure to certain chemicals, such as organic solvents, painting materials, and pesticides.

·   Too much heat exposure of the scrotum area

What is semen analysis?

A semen analysis, also known as a sperm count test, is a laboratory test done to assess male fertility. It analyzes the health and viability of sperm, particularly three major factors of sperm health. These include the number of sperm, the movement of sperm or sperm motility, and the shape of the sperm.

Subfertility is defined clinically in men and women who cannot conceive or achieve pregnancy after one year of having sexual intercourse without using birth control.

Meanwhile, men who have had a vasectomy are advised to undergo semen analysis to ascertain there is no sperm in their semen. Vasectomy is a birth control method wherein tubes that transport sperm from the testicles to the penis are cut and tied.

What is measured in a semen analysis?

The total number of sperm cells may provide a glimpse of sperm production in the testes and the patency of the post-testicular duct system. This tests whether there are issues in the tubes that transport semen during ejaculation.

The total fluid volume reflects the secretory activity of the various accessory glands that aid in the production of semen.

Semen volume – This measurement shows the volume of the ejaculate, which is mainly contributed by the seminal vesicles and prostate gland, with minor amounts from the epididymides and bulbourethral glands. The analysis also determines the colour, consistency, and chemical makeup of the semen.

Semen pH – The pH of semen reflects the balance between the pH values of the various accessory gland secretions. It shows the acidity or alkalinity of the semen sample.

Sperm concentration – This measures the number of sperm counted in a millilitre of semen.

Total sperm number – This refers to the total number of sperm cells or spermatozoa in the entire ejaculate. This is often measured by multiplying the semen volume by the sperm concentration.

Sperm vitality – This reflects the membrane integrity of the sperm cells. It also measures the proportion of live, membrane-intact sperm cells determined by osmoregulatory capacity under hypo-osmotic conditions or dye exclusion.

Sperm morphology –  This describes the size and shape of sperm. The results are reported as the percentage of sperm that appear normal when the semen is examined under a microscope.

SOURCE: WHO laboratory manual for the Examination and processing of human semen

How to boost sperm count and other parameters?

Now that you have an idea of semen analysis and what parameters are measured, it’s also important to know how to mark those numbers up. There are ways to boost male fertility and sperm count,including the following natural remedies .

Exercise regularly – Besides being good for overall health, regular exercise can help increase testosterone levels and improve fertility in men. Some studies have shown that men who exercise regularly are more likely to have higher testosterone levels and better fertility. For instance, one study found that physically active men seem to have healthier semen production.

Lose weight – Obesity and being overweight predispose a man to a low sperm count. Lose weight through healthy food choices, a healthy diet, and regular exercise.

Stop medicines that cause low sperm count – When you have a health condition that requires medication that can cause a low sperm count, you can consult with your physician to shift the medicine to another type.

Other supplements that can help improve sperm count include Profertil and Proxeed. Profertil is a commercially-available and clinically-tested formula developed to optimise sperm quality and treat male infertility. Meanwhile, Proxeed is a dietary supplement formulated to improve sperm health in adult men.

Diet – Eating a well-balanced diet rich in antioxidants and other nutrients can help improve sperm quality. Increase your vitamin and antioxidant levels rich in fruits and vegetables. Reduce the intake of sugar and red meat, and eat more unrefined whole grains and fish.

Reduce exposure to heat – Avoid taking hot showers or hot baths, including saunas, jacuzzis, and hot springs to prevent damage to the sperm cells protected by the scrotum area. Make sure to use comfortable-fitting clothes and avoid wearing tight-fitting underwear to keep the scrotal area cool.

Male infertility is a growing problem among adult men. Consulting with a fertility doctor and expert is crucial to assess the extent of the problem and manage it early.

A semen analysis is just one of the tests required in a broad fertility assessment for men. Most male infertility cases are treatable and reversible with lifestyle changes, nutritional supplementation, medications, surgery, and other interventions.

If you want to learn more about male infertility and semen analysis, we would be happy to assist you. We can provide professional guidance and customised treatment. So, get in touch with us today at +65 6254 2878 or drop us a line to book a consultation with Dr Pamela Tan!